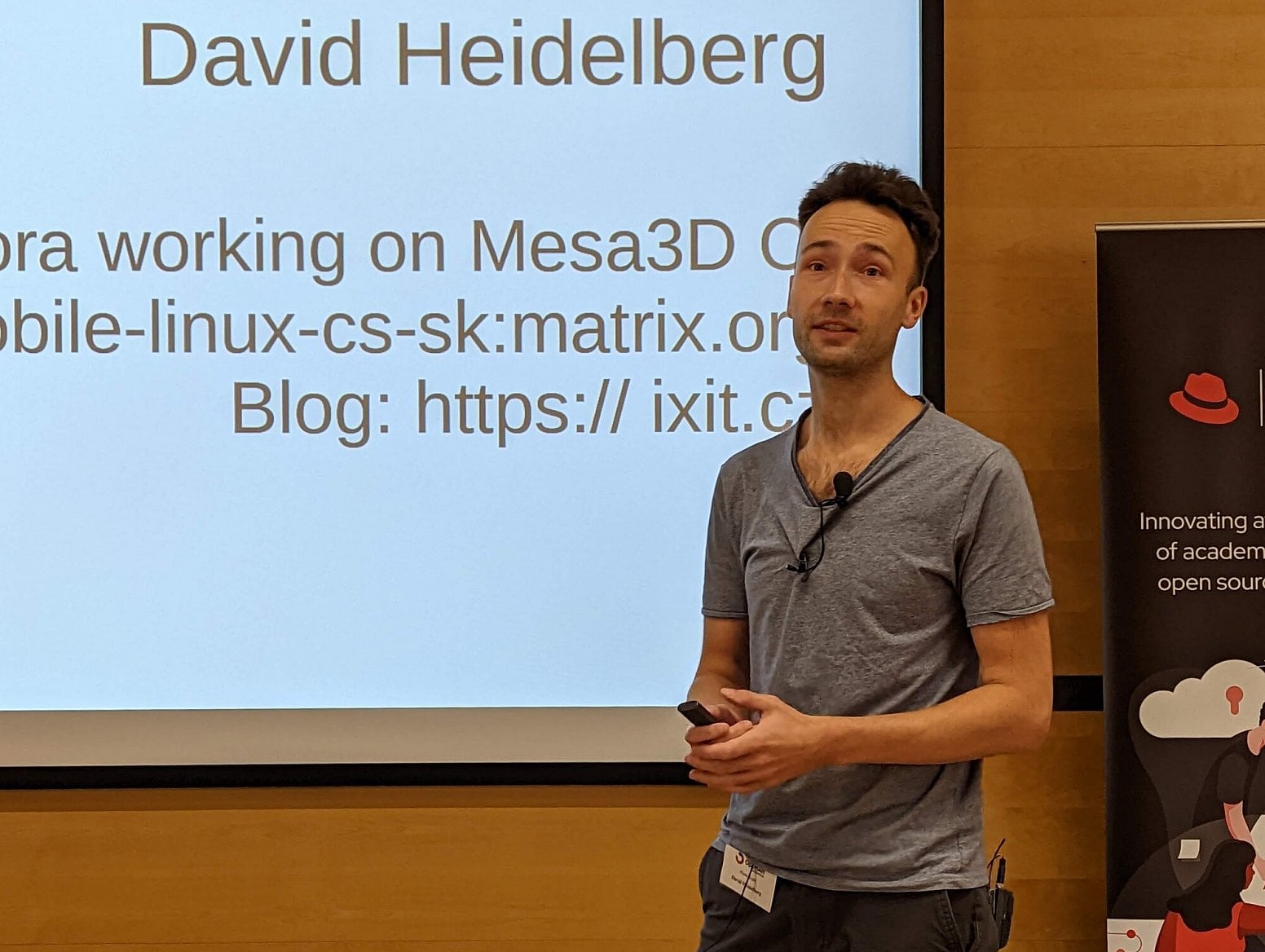 I decided to talk again about mobile phones with Linux OS. On the market, there are Apple and Google, but nothing in between. That's why I think Linux on phones is a must.

I was very happy to meet many amazing people like Pavel Píša (who had a great talk about Librem 5 hardware internals), Pavel Machek, and many others.

The Linux phones at the conference included PinePhone with Fedora, Librem 5 with PureOS, OnePlus 6 with postmarketOS, OnePlus 6T with Mobian, and a few Ubuntu Touch phones.

Let's sum up my talk.

It's important to see how it went to the point where we are now. Since it's already a historical milestone, I also mentioned PINE64 PinePhone and Purism Librem 5.

Join today! Some devices, such as the Librem 5 or PinePhone, can be used for daily driving. Because it's the first generation, you have to expect that the Librem 5 will quickly deplete your battery. The PinePhone (1) is not the fastest one (GPU with a limitation to GLES 2 is a major annoyance).